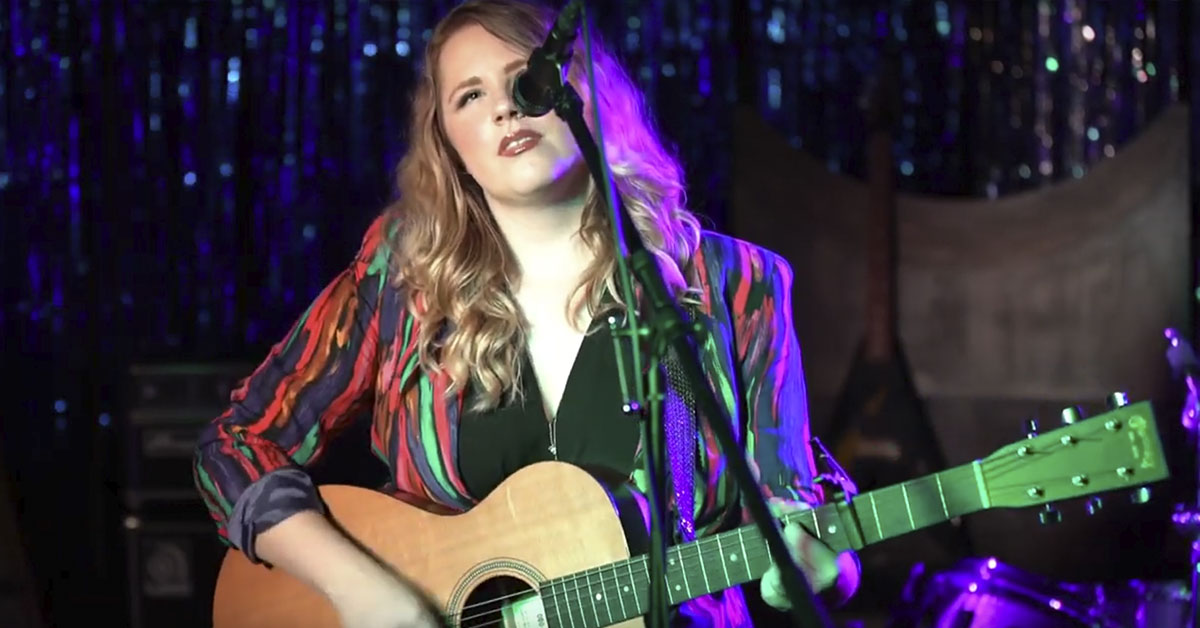 Indie music blog immersiveatlanta.com premiered the official video for the first single released from Kristen Englenz’s debut album, ingénue. The single and video dropped on October 18th. The video garnered over 10,000 views in the first 48 hours.  Directed by Eric Englert and filmed in East Nashville at the Bowery Vault, the video features Englenz and singer-songerwriter, John Burnette. The two depict the story of contemporary romance in a virtual world with miscues and misread intentions,  ending in the “best move, your good-bye!”.

Immersive Atlanta’s Ethan Fogus states: “Kristen Englenz’s “Got Me With Goodbye” is a full-color rendering of the pastel drawings from the singer-songwriter’s last EP. The lead single off her forthcoming album ingénue is rich with a kaleidoscopic tapestry of guitars, French horn, and Indigo Girls drums. Englenz’s voice is in pristine shape suggesting Stevie Nicks and Neko Case. Of course, her singing has always been muscular and defined, but here it feels ready for a fight as she spars between verses. It provides a strong tension between the declaration of “you got me with goodbye” and the mournful descending riff that bisects the chorus.

Directed by Eric Englert, the video plays like a quick-witted Nora Ephron rom-com. With bright colors and good use of natural light, you may spend your time waiting for Sally Albright or Kathleen Kelly to pop out from behind a tree. But if you’re left wanting for a star-studded cameo, no matter. The bright caftans and patterned blazers Englenz rocks in the video more than make up for that feeling.”

Kristen Englenz to Open for Blind Boys of Alabama Christmas Show at Eddie’s...
Scroll to top