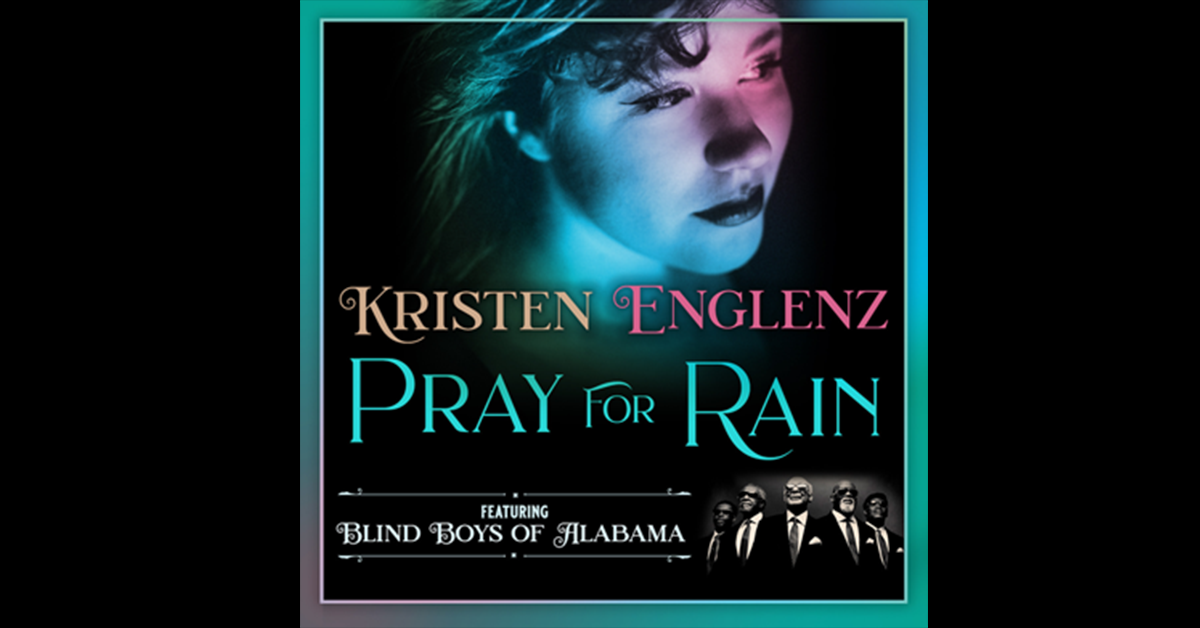 Saturn 5 Records announces the release of the single “Pray For Rain” by Nashville singer-songwriter Kristen Englenz performed with the Blind Boys of Alabama. The single drops on all platforms November 15, 2019. Grammy nominee and producer Ken Coomer, former drummer of Wilco, recorded the single and Englenz’s upcoming full-length debut album, ingénue. The album is slated for release February 28, 2020.

Recorded at FAME Studios in Muscle Shoals, Alabama, “Pray For Rain” features Englenz’s soulful melody accompanied by the moving vocals of five-time Grammy winning Blind Boys of Alabama, combining the hopes of youth with the wisdom of experience. Coomer relates that “if I had a crystal ball and you said that in 10 years, 15 years, three years, you’ll be at FAME in Muscle Shoals recording with the Blind Boys of Alabama, I would have said ‘That isn’t my crystal ball!’ ”

For Englenz, recording with the Blind Boys was a dream come true. “One of my executive producers on the album, Willie “Chuck” Shivers, is a great friend. I’ve hung out with Ricky McKinnie and have listened to everything the Blind Boys have done. For this to all come together and have them sing on my first album is just unbelievable.” Englenz adds, “Recording at FAME with its history and iconic music legends felt like an unworldly experience. It felt like magic when the Blind Boys walked in. And then the end of the track is so special. Ken knew exactly what to do. It’s like a prayer!”

Coomer feels that “Pray For Rain” is a song that needs to be heard. He said, “like Michael Stipe letting everyone figure out what your songs are about, the song is for individual interpretation as to meaning. It’s genius.” For Coomer, the lyrics encourage one to not be stuck, to find the light at the end of the darkness. “With what’s going on in the world with climate change and the Amazon being in a crucial critical state, this song speaks to me to keep moving, keep trying to make things better.”

A fast-rising fixture of the East Nashville music scene, Englenz sings stories of loss and heartache with a soulful sensibility both intimately aching and defiant with hope. A classically trained pianist and acoustic guitarist, Englenz also plays French horn on several tracks on the album. With a voice both virtuosic and vulnerable, her music is fragrant with Americana notes and a modern indie vibe.

“Pray for Rain” follows the first single from the Coomer-produced album, “Got Me With Goodbye,” which included a video track that has been garnering attention.

Englenz attributes her melodies as partly inspired by the natural world, which she combines with her interest in environmental activism in her popular web series “Caterwauling with Kristen” where she mimics birdcalls and teaches about avian species.

Englenz frequently performs at multiple Nashville venues including The 5 Spot, The Basement, and The Bowery Vault as well as at the famed Eddie’s Attic in her hometown of Decatur, Georgia. Her songs have appeared on compilation albums for Amplify My Community, a nonprofit organization using music to defeat homelessness, along with those of R.E.M., Drive By Truckers, Widespread Panic and many more.

ImmersiveAtlanta.com Premieres the Official Video “Got Me With Goodbye” by Kristen Englenz

ImmersiveAtlanta.com Premieres the Official Video “Got Me With Goodbye”...
Scroll to top