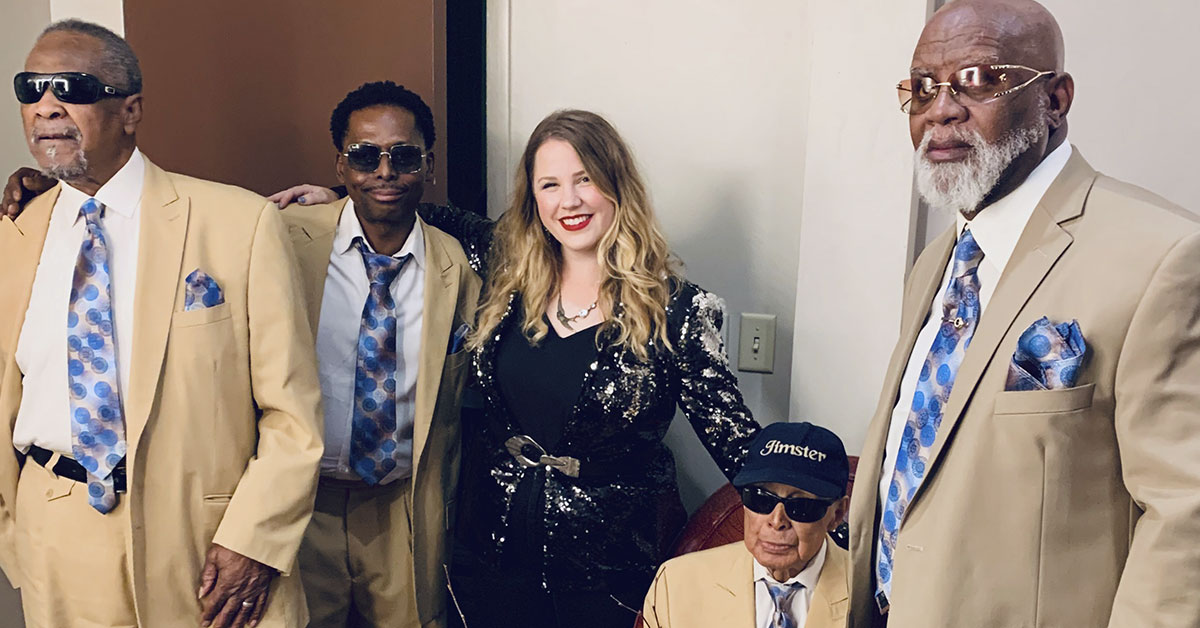 Saturn 5 Records announces the release of the single “Pray For Rain” by Nashville singer-songwriter Kristen Englenz performed with the Blind Boys of Alabama. The single drops TODAY on all platforms November 15, 2019. The single and Englenz’s upcoming full length debut album, ingénue, were recorded by Grammy nominee and producer Ken Coomer, former drummer of Wilco. The album is slated for release February 28, 2020.

Roots music journal No Depression called Englenz’s music “stream of consciousness Beat poetry imbued with good-down-home Southern sensibility.” And Stomp and Stammer said, “There is a stirring intimacy to these performances that holds you in their  grasp.”

Recorded at FAME Studios in Muscle Shoals, Alabama, “Pray For Rain” features Englenz’s soulful melody accompanied by moving vocals of five-time Grammy-winning Blind Boys of Alabama. Their voices blend in an awe-inspiring juxtaposition of youth searching for wisdom which only comes with time.

Coomer feels that “Pray For Rain” is a song that needs to be heard. He said, “like Michael Stipe letting everyone figure out what your songs are about, the song is for individual interpretation. It’s genius.” For Coomer, the lyrics encourage one to not be stuck, to find the light at the end of the darkness. “This song speaks to me to keep moving, keep trying to make things better.”

For Englenz, recording with the Blind Boys was a dream come true. “Recording at FAME with its history and iconic music legends felt like an unworldly experience,” relates Englenz. “The ending is so special. It’s like a prayer!”